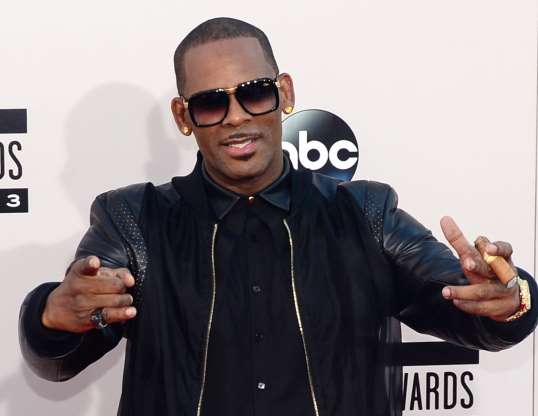 After being arrested on 10 counts of aggravated criminal sexual abuse, R. Kelly’s lawyer filed a not guilty plead on Kelly’s behalf on Monday.

His bail was placed at $100,000 and R. Kelly remains behind bars until his team can come up with the payment. An orange jumpsuit was the attire for R. Kelly on the day of his arraignment for the four separate indictments.

The charges filed were based on the experiences of four women, three of which were considered underage during the alleged incidents. In 2008 Kelly was acquitted of child pornography charges and these new charges he has again denied any wrongdoing. The legat team for R. Kelly believes that once again he will be vindicated of all charges, this was stated by defense attorney, Steve Greenberg.

Monday, was the first time since the arrest that Kelly learned who was the trying his case. The plead had to be entered before Cook County’s Associate Judge Lawrence Flood. The singer, who is now 51 years old, was arrested on sexual abuse, physical violence and sexual coercion by more than one accuser, all of whom has come forward within the past year, accusing R. Kelly of committing acts of sexual coercion and physical abuse. He has also denied allegations that he rented houses in Chicago and Atlanta for various groups of ladies who allegedly perform sexual favors for him.

March 22, is the next scheduled court date for the singer, until then he will remain in jail until his $100,000 bail is paid, this is just 10 percent of the total $1 million bond that was set on Saturday. R. Kelly’s defense attorney, Steve Greenberg has vehemently stated to the Associated Press, that although he could easily pay the bail, due to R. Kelly’s messy finances, it has aggravated the situation and he probably won’t be released until sometime after the weekend.

Once released from jail on bail, the conditions of his release will prevent him from having any contact with females that are under 18 years old. All the while, Attorney Michael Avenatti is hard at work, he tweeted recently that another video showing the singer engaged in (the) sexual assault of a minor. He stated that it would be released to the prosecutors. Citing indictment documents, it was previously reported by USA TODAY that a few of the charges derived from newly discovered video which was found by the lawyer, who is best known for representing adult-film actress Stormy Daniels in her legal dispute with President Trump.