Trump Is Opposed To His Aides Testifying On Mueller Report 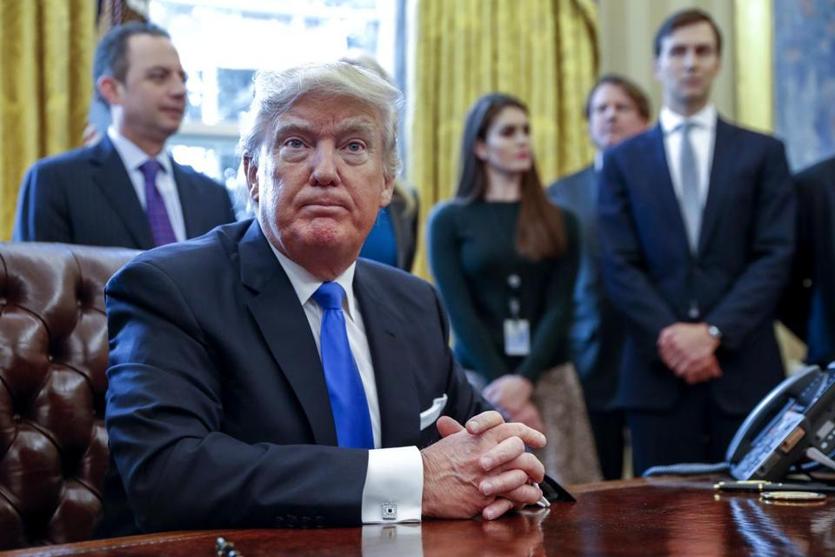 According to Washington (Reuters) – The President of the United States of America is opposed to his current and former White House aides testifying on Special Counsel Robert Mueller’s Russia report, the Washington Post quoted him as saying on Tuesday.

During the interview with the Washington Post, President Trump stated that the White House cooperated fully with Robert Mueller’s investigation into the alleged Russian meddling in the 2016 U.S. presidential election and therefore were not compelled to speak with congressional committees, which are probing possible obstruction of justice by Trump. Trump said in his statement according to the Post, “There is no reason to go any further, and especially in Congress where it’s very partisan – obviously very partisan.”

The Post also reported earlier that the White House was planning to oppose a subpoena that was issued by the House of Representatives Judiciary Committee for former White House Counsel Don McGahn to testify. The White House made a decision to assert executive privilege to prevent McGahn and a few other current and former Trump administration officials from testifying, according to the Washington Post.

As stated by President Trump, the lawyers for the White House had not “made a final, final decision” regarding whether they would assert executive privilege, as reported by the Post.

However, Trump told reporters that he definitely opposed cooperating with the House Democrats, who he stated were simply trying to gain political points against him.

The Washington Post quoted President Trump as saying “I don’t want people testifying to a party, because that is what they’re doing if they do this.”

According to the Mueller report, Trump called McGahn in June 2017 to say he should tell Deputy Attorney General Rod Rosenstein to remove the special counsel because he had conflicts of interest. McGahn did not carry out the order.