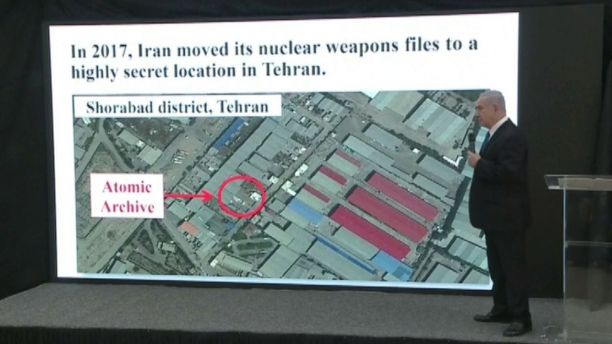 Netanyahu revealed new “dramatic” intelligence on Monday which he claimed shows Iran is “brazenly lying” about its nuclear weapons program and moved materials to a secret location, showing the country is not complying with the vaunted nuclear deal it signed in 2015.

Netanyahu resented slides of what he called Iran’s “secret nuclear files.” He showed maps, illustrations and animations that Netanyahu says is proof of the nuclear weapons program.