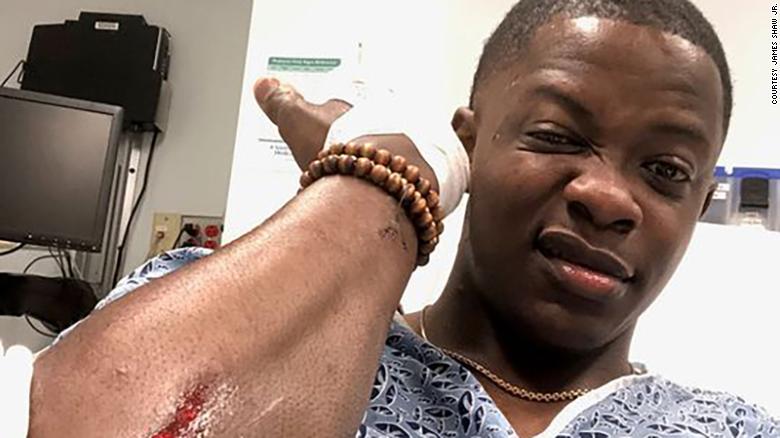 By all accounts, including those of witnesses and police officers, James Shaw Jr. is a hero.

In a press conference today Metro Nashville police spokesman Don Aaron said “He saw the gunman looking at his rifle. At that point, the shots had stopped, So he decided to rush the gunman, actually wrestled that assault rifle away, tossed it over the counter. At that point, the gunman then fled”. The spokesman also said “He is the hero here, and no doubt he saved many lives by wrestling the gun away and then tossing it over the counter and prompting the (gun)man to leave,”

Shaw however did not want to be hailed as a hero. Shaw hid behind a swivel door and decided that “He was going to have to work to kill me.” So Shaw ran through the swivel door hit the gunman with the door and a scuffle ensued. Shaw was able to get control of the gun and toss it over a counter top. Shaw said “I’m a believer that everybody could do what I did,”. He also said “I think when people say it’s heroic, it’s kind of weird, because I did it 100% to save myself. And I guess I did save other people.”