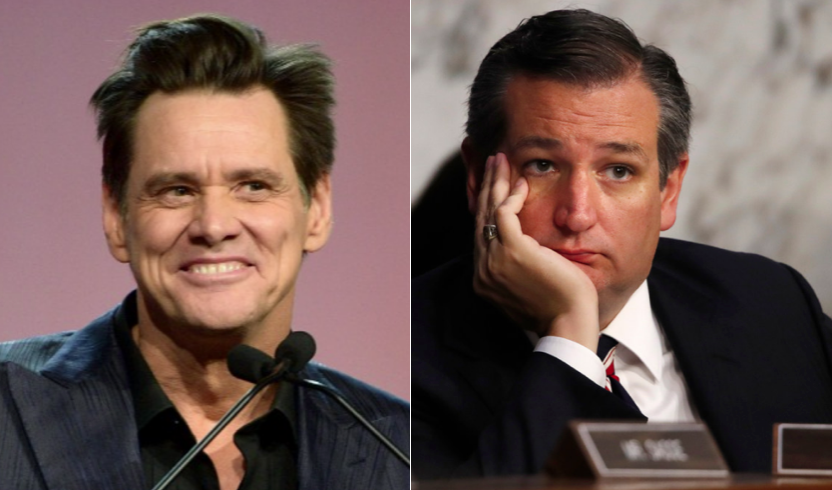 This is one of those sentences that makes you really shake your head at the surrealism of modern politics, culture, everything. The un-captured Zodiac killer and Texas senator, Ted Cruz, is feuding with Jim Carrey publicly. It is all over the most recent of Carrey’s ongoing series of politically-fueled paintings. As we all know, this is not the first time that Carrey’s incendiary, cartoon-styled renderings of right-wing politicians have caused a public scene. He also did work on Donald Trump and Benito Mussolini. Carrey uploaded to Twitter a painting and that is when the heat started. The rendering depicts the late-term abortion of Alabama Governor Kay Ivey, who signed the state’s aggressive abortion ban into law, last week.